Role of AI and Machine Learning in Healthcare 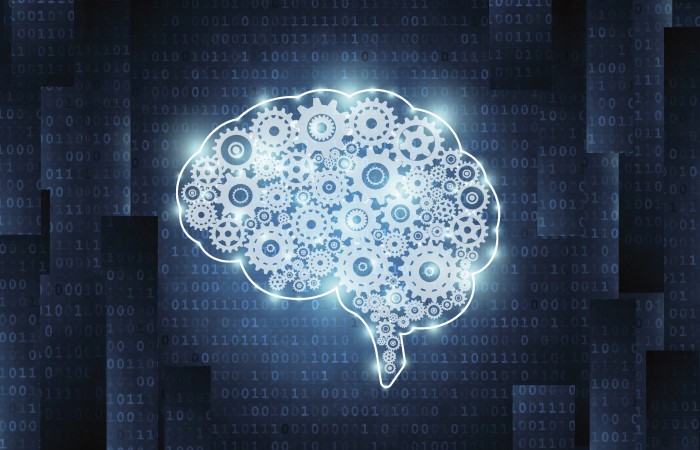 Research firm Frost & Sullivan extrapolates that by 2021 AI in healthcare will be generating $6.7 billion in terms of global industry revenue as compared to $634 million in 2014, thus achieving a 40 percent compound annual growth rate.

According to a survey conducted by Accenture in 2018, one in five U.S. consumers have already had the opportunity to use healthcare services powered by artificial intelligence while a great percentage are willing to go for AI clinical services, such as virtual health assistants (61 percent respondents showed willingness) and home-based diagnostics (66 percent). Furthermore, the use of mobile health apps by consumers has multiplied three times in the past four years i.e. from 16 percent in 2014 to 48 percent in 2018, while wearable devices are used nearly four times more as compared to 2014, i.e. from 9 percent in 2014 to 33 percent in 2018. Healthcare trends indicate that artificial intelligence, blockchain and telemedicine are key players in 2018.

In parallel, machine learning in healthcare is making headlines. Machine learning in healthcare is very valuable because of its ability to process huge datasets that human beings are simply incapable of doing. Furthermore, the data is then analysed and converted into clinical insights that help physicians plan and provide care, thus leading to lower costs of care, better outcomes, and increased patient satisfaction.

The ability to identify patterns in images is by far one of the greatest strengths of AI in healthcare. Researchers are training AI to identify tuberculosis by reviewing chest X-rays. The biggest advantage of this technology is that it can bring effective screening and evaluation to regions where TB is prevalent and that have a dearth of radiologists.

IBM Watson and The Tiatros Post Traumatic Growth for Veterans Program formed a partnership to employ AI and analytics to make sure that more veterans suffering from PTSD complete their psychotherapy. With the use of AI and analytics, a 73 percent completion rate was achieved as opposed to the 10 percent completion rate that was being achieved without the intervention of AI and analytics.  Statistics from the Department of Veteran Affairs show that almost 80 percent veterans with PTSD can recover if they finish a treatment program within the first year of being diagnosed. Roughly one in five out of the 3 million veterans of Iraq and Afghanistan wars suffer from PTSD.

MedyMatch, an Israeli healthcare tech company, and IBM Watson Health partnered to make use of AI in helping doctors in hospital emergency rooms to treat head trauma and stroke patients more effectively by enabling them to detect intracranial bleeding. The AI systems use deep learning, clinical insights, machine vision and patient data to automatically detect potential cerebral bleeds so that the physician can review the situation.

By analysing voice and speech patterns, AI enabled robots now take less than a minute to diagnose Alzheimer’s disease with an accuracy of about 82 percent – the accuracy is likely to further improve. The AI systems are able to analyse long pauses between words, the preference for pronouns as opposed to proper nouns, descriptions that are overly simplistic and variations in amplitude and speech frequency. These factors are difficult for human listeners to accurately detect, however AI systems are quantifiable and objective in their analysis.

However, machine learning in healthcare is able to help some processes in a better way as compared to others. Algorithms are immediately beneficial to disciplines with standardized or reproducible processes. Also, processes with large image datasets, such as cardiology, radiology and pathology are ideal candidates for machine learning. It is possible to train machine learning to observe images, detect abnormalities, and identify areas that need attention, thereby resulting in improved accuracy of all these processes. In the long term, machine learning will have a positive impact on the functionality of the internist at the bedside or the family practitioner. Machine learning will ultimately improve reliability, efficiency and accuracy.

At times there is a huge hype about technologies that do not have much of an impact, however machine learning and AI in healthcare are definitely not among them as they are set to transform healthcare delivery.

Despite the fact that we have only just begun to tap into these technologies and their impact on the healthcare industry, it is obvious that they will go a long way because there is an influx of revenue and productivity as a result of employing AI and machine learning. A large majority of healthcare players are heavily investing in AI and machine learning as they recognize that these technologies will play a major role in the future of the healthcare industry.

The age of globalization and its effects on businesses

How To Manage Work Schedule For Your Employee?

How to Choose the Right Food Safety Compliance Software

Your Laptop Can Do It Too: How to Take a Screenshot on a Mac

How to disguise yourself on the Internet: comparing server and resident proxies

What are types of touchscreens and How does it work?

The Correct Solutions for Digital Entrepreneurship

The Smart Approach to Boost Your LOL Elo Ranking

Overview of Product and Services of MSFT

The age of globalization and its effects on businesses